Dr Tom Wilsdon is a Consultant Rheumatologist working in private practice. He is also a senior staff specialist in the Department of Clinical Pharmacology and Therapeutics at Austin Hospital. Dr Wilsdon was awarded Bachelor of Pharmacy at the University of Queensland and worked for several years as a practising pharmacist whilst studying medicine. He studied post-graduate medicine at the University of Melbourne, graduating with Honours. Dr Wilsdon commenced his physician training at St Vincent's Hospital, Melbourne and went on to complete both Rheumatology and Clinical Pharmacology training across multiple hospitals in Adelaide and Melbourne, including The Queen Elizabeth Hospital, Flinders Medical Centre, Repatriation General Hospital, Royal Adelaide Hospital and Austin Hospital in Melbourne.

Dr Wilsdon has been involved in the mentoring and teaching of medical students for more than eight years, holding the position of Associate Lecturer at the University of Adelaide and Flinders University SA. He presented at several scientific meetings and conferences and has been awarded for both his presentations and his work in research. Dr Wilsdon has extensive experience in clinical trials research as a sub-investigator, and has also published in several international peer-reviewed journals. Dr Wilsdon has been a member of the Executive Editorial Committee of Australian Prescriber, and is also a reviewer for the Australian Medicines Handbook. Dr Wilsdon has been a member of several tertiary hospital Drug and Therapeutic Committees, and maintains active roles in multiple Committees at the Austin Hospital. He has an expert understanding of a plethora of medications and their use across a broad range of medical conditions, particularly those used to treat rheumatological conditions.

Dr Tom Wilsdon is an expert in therapeutics and dose individualisation and is highly experienced in managing complex rheumatological problems. Dr Wilsdon will work with you to optimise your health outcomes. 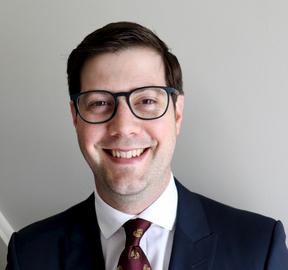